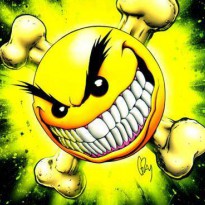 Mark Allan Gunnells has a great perspective on horror... his own. I gave him an opportunity to write a guest blog  featuring how he makes horror different. That blog follows.

As a horror fan, you could say I’m a traditionalist.

Not that I don’t appreciate and enjoy stories that are experimental, unique, and shocking.  I love it when a book or film surprises me, taking me to places I haven’t been before.  However, I find myself always going back to the classic structures—the haunting, the vampire, the zombie, the werewolf, the serial killer.  It may sound counterintuitive, but there’s a certain level of comfort in a familiar framework.  There can still be surprises and unexpected twists within that framework, but I love the traditional archetypes and storylines.

This carries over to my own writing.  I’m always looking for new and original ideas, but truth be told, the allure of the classic tropes and monsters has a strong attraction for me and keeps me coming back.  Instead of resisting this pull, I give into it, diving into the familiar waters with abandon and joy.

Don’t get me wrong, this doesn’t mean I simply want to recreate what has already been done before.  I always want to redefine and take new and exciting paths into familiar territory.  In other words, I want to find untraditional ways to explore the traditional.

The best way for me to explain this will be to give a specific example.  In this case, my zombie novella Asylum will serve quite nicely.  While I love zombie tales that find imaginative ways of reinventing the monster (and in fact I’m currently writing a zombie novella with Aaron Dries that takes a very different approach to the zombie), I was not interested in reinvention or innovation of the zombie with Asylum.  In fact, I wanted to make my undead in the classic Romero image.  Even the structure—a motley crew of survivors hold up in a building while the zombie hordes try to get in at them—was familiar.  This way, the reader would instantly recognize the type of story they were stepping into.

Of course, I still wanted to surprise the readers and give them a new perspective on the traditional zombie tale.  And I decided to do this through character.

Keep in mind Asylum was written before The Walking Dead, and at the time I had never encountered a gay character in any zombie movie or zombie fiction.  No matter what the gathering of disparate survivors, gay people didn’t make the cut.  It started to seem glaring to me, and I thought, Why not create a zombie tale where the entire cast of characters are gay?

So my group of survivors became a collection of gay men (and one token straight woman) trapped in an afterhours gay club by the undead.  So while the monsters were traditional and the setup was familiar, I gave the readers characters they were not used to seeing in this type of story.  My hope being that it would make the familiar trope feel suddenly fresh seen through new eyes.

And judging from the reader reaction, I feel like perhaps I succeeded.  Readers seemed to appreciate the new voices and perspectives housed within a very traditional zombie structure.  I received much feedback to this effect, and it thrilled me to no end.  It told me that I could in fact explore familiar tropes and archetypes while still giving the reader something distinctive and fresh.

That’s a goal I’ve tried to achieve with many of my other books.  Sequel, for instance, is a serial killer novel that is meant to pay homage to the slasher films I grew up on. Therefore I purposefully tried to fill it with recognizable moments and situations that would be easily identifiable to an audience, but I peopled the story with characters that weren’t so typical.  Not just gay characters, but some that would initially seem like the stereotypical one-note characters you might get in a low-grade slasher flick but then hopefully surprise readers with the revelation of unexpected layers of depth.  The Quarry is a creature feature, October Roses a possession tale, The Summer of Winters a coming of age mystery, Outcast a book about witches, Whisonant a ghost story, Creatures of the Light a post-apocalyptic tale, Locked Room Misery a locked room mystery—all traditional and classic story types, but with my nontraditional and unexpected characters.

All writers work differently and have their own individual arsenal of tricks, but for me I love to tweak conventional horror tropes not through crazy plot twists but with characters that are not often represented in that particular type of fiction.  It sounds like such a simple thing, but it can have a huge impact on the story and on the reader.